Our seventeenth Branch AGM took place on Monday 9th March. The format that has become traditional over the years was repeated this year, in that the formalities of the AGM were disposed of quickly to allow time for the photographic competition and a selection of photographs from members. In his opening remarks, Chairman Chris Meredith summarised the Branch’s activities during the past year and each of the Branch Officers reported on his own aspect. Chris Meredith, Peter Wilson, Jeremy Harrison and Andrew Jones were re-elected to their respective posts, and Rob Burridge agreed to augment the committee and was warmly welcomed. After the break for refreshments, entries for the photographic competition organised by Andrew were viewed and voted on by members present. The winning entry – below – was Jeremy Harrison’s shot of the Society’s “own” locomotive, Schools class 4-4-0 No. 30925 Cheltenham, working hard through Chawton Woods between Alton and Medstead on the Mid Hants Railway on 2nd February this year. The others are also below. Finally Alan Walters showed some superb photographs of East German express locomotives including the famous Class 01 pacifics in around 1972,  the Majorcan rail system and main line steam in Britain. 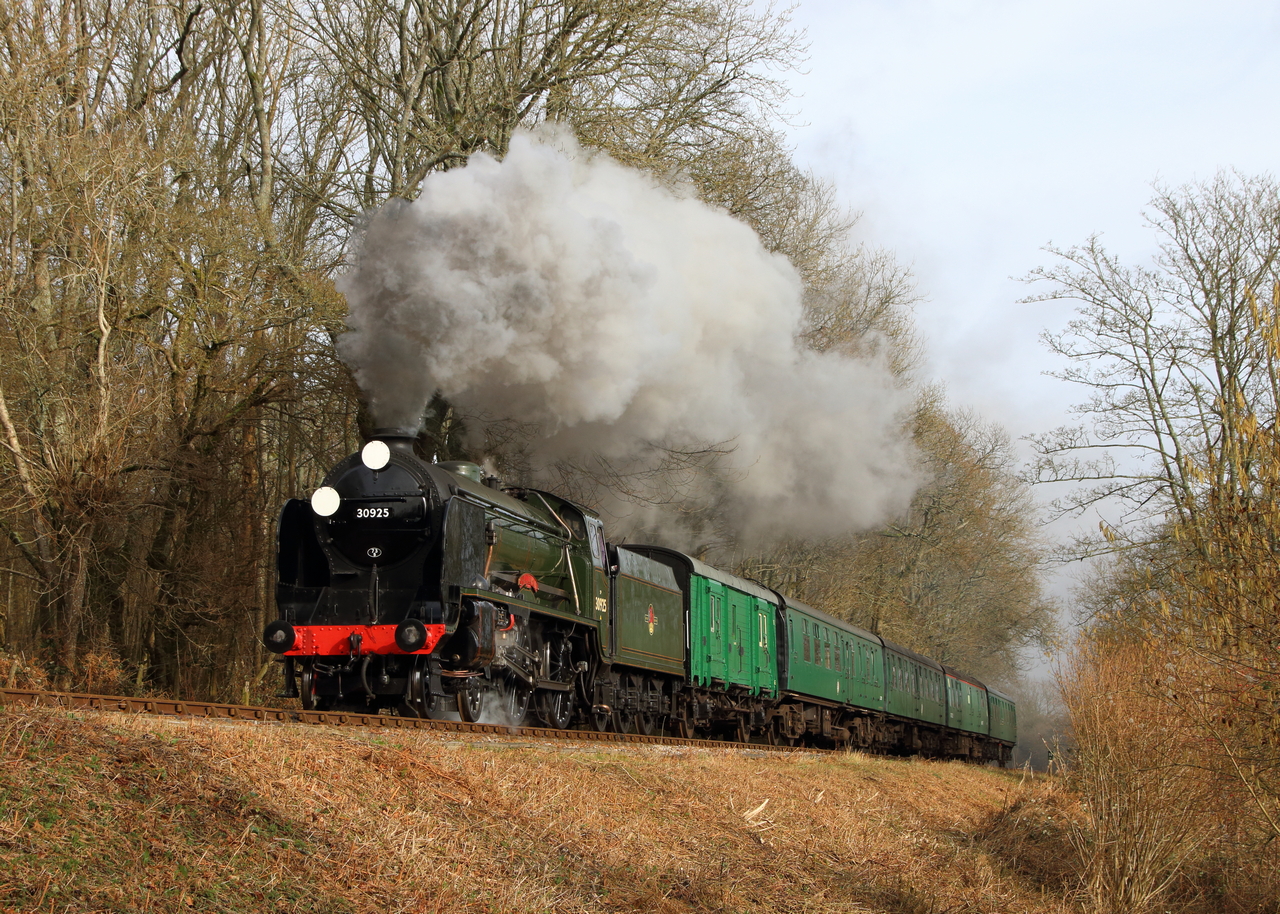 Our last physical meeting - the 2020 Branch AGM - featured the Branch Photo Competition, in which the wiinning image was Jeremy Harrison's image of 'Society Locomotive' 30925 Cheltenham working hard up the grade through Chawton Woods, between Alton and Medstead on the Mid Hants Railway (the Watercress Line), while working a Time Line Events photo charter on 2nd February 2020. Image: Jeremy Harrison 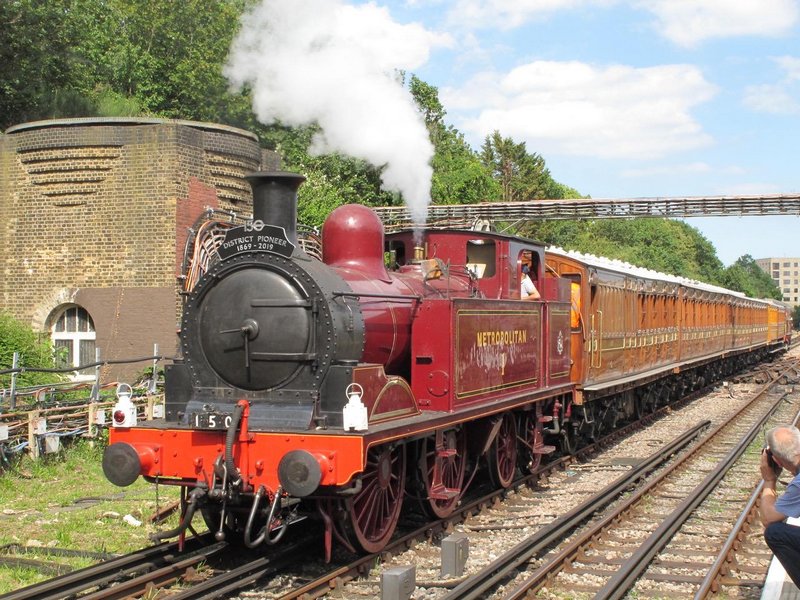 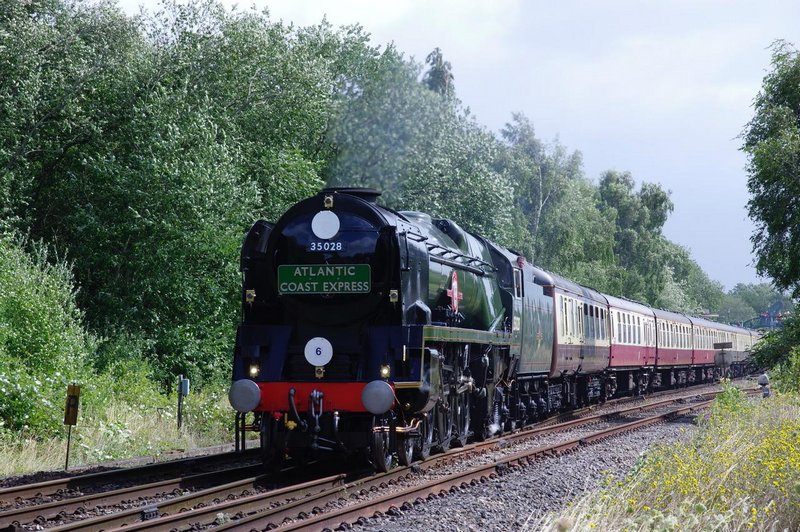 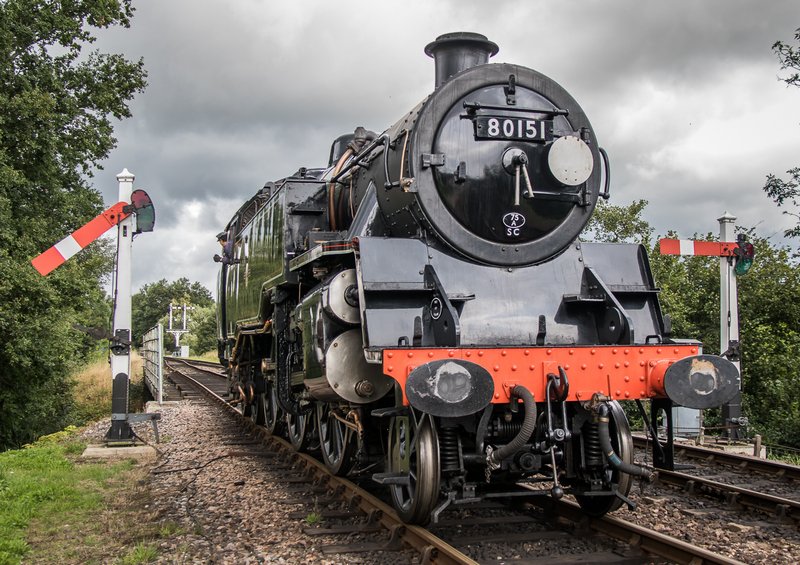 David Beard's image of BR Standard class 4 2-6-4T No. 80151 - recently to service - running round at Sheffield Park on the Bluebell Railway, on the occasion of the Branch visit on 12th August 2019. 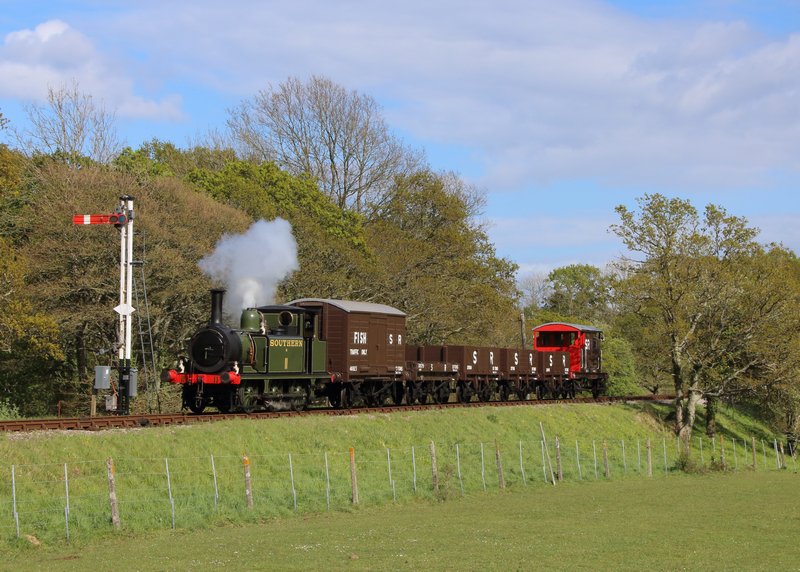 The runner up image: Jeremy Harrison's picture of a splendidly evocative recreation of a Southern Railway era freight as it approached Haven Street behind ex-LBSCR A1x ('Terrier') class 0-6-0T No. W11, on the Isle of Wight Steam Railway during a 30742 Charters event on 27th April 2019. 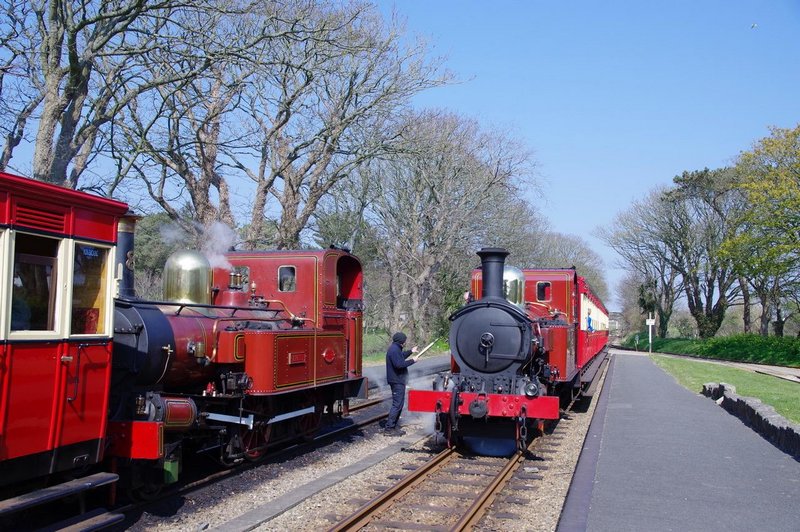 On the Isle of Man Steam Railway, Chris Meredith captured this image of Nos. 8 Fenella and 12 Hutchinson crossing - and on the point of exchanging tokens - at Castletown, on 12th April 2019. 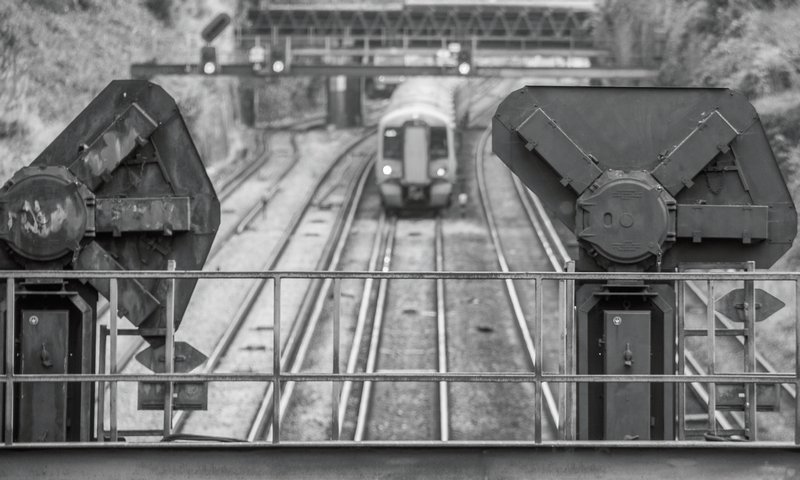 Oldest image in the competion, but the only one of the Modern Image, was David Beard's photograph of 377 188 between the signals as it approached East Croydon on 31st August 2016. 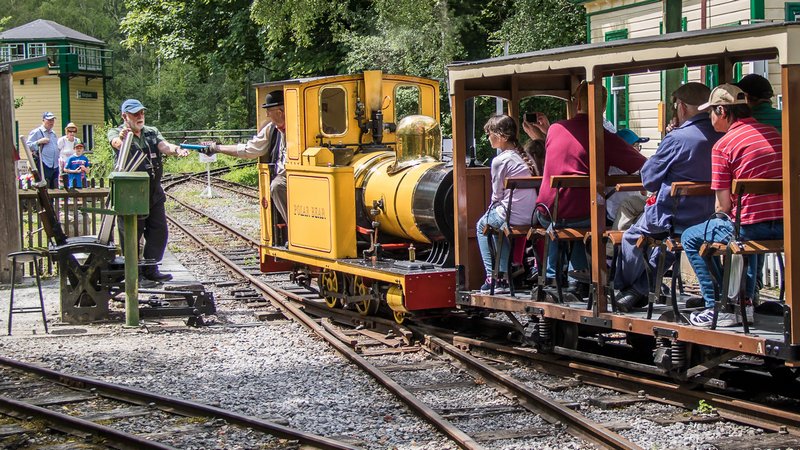 During the Branch Visit to the Amberley Museum and Heritage Centre on 13th July 2019, David Beard captured this image of Bagnall 2-4-0T Polar Bear , with the driver about to give up the token. 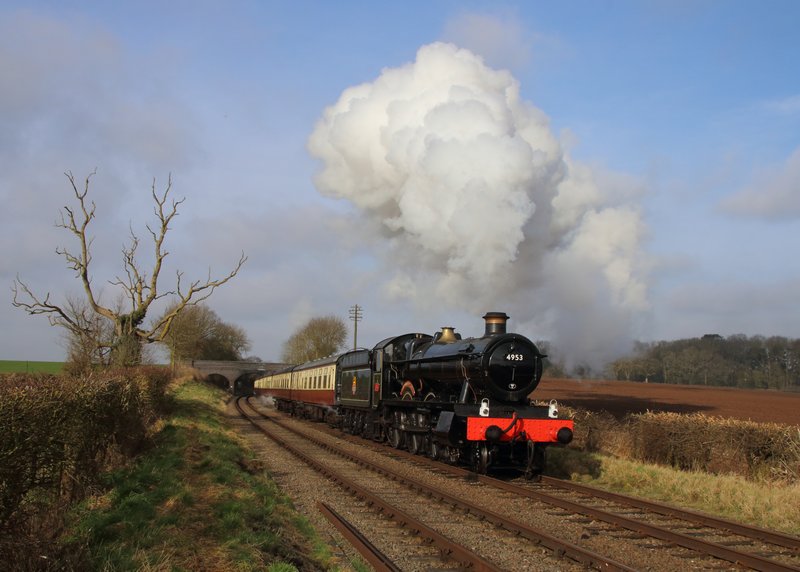 Jeremy Harrison's image of ex GWR 4953 Pitchford Hall, with a recreation 1950s train (a period when he was very little) on a Time Line Events charter on the Great Central Railway, 5th February 2020
Posted in CSL Meeting Report