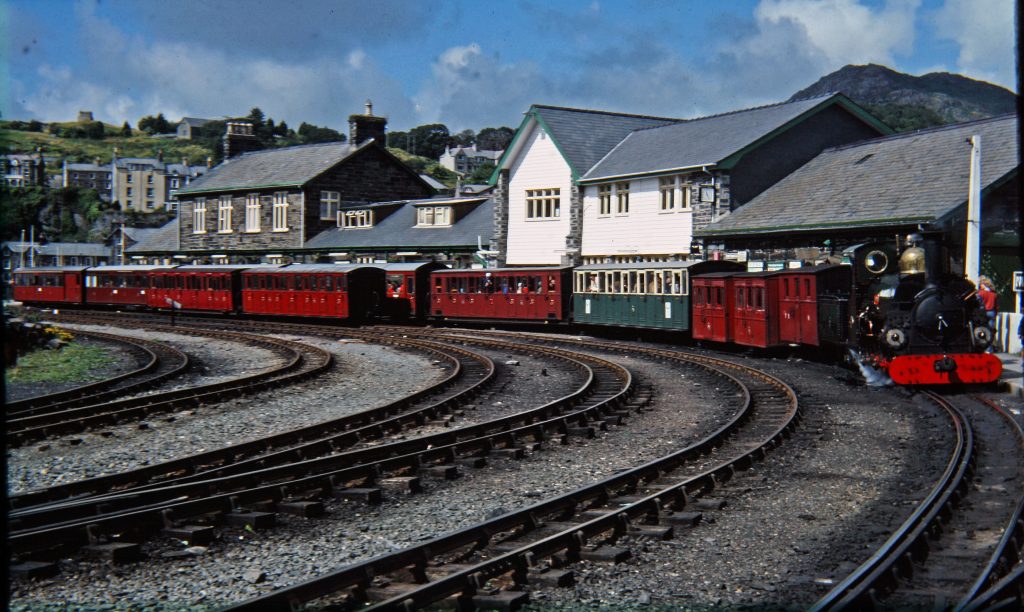 On the 4th of February, 47 members met to hear Branch President Arthur Turner tell us about North Wales in the 1980s.

Arthur had first visited the area in 1955 and had seen many changes since then, although the focus of tonight's talk was concentrated specifically on the 1980s. Although Chester is not in North Wales he started from there, first arriving at Hollywell Junction, with pictures of the signal box moving along to Prestatyn and then Rhyl there were still some semaphore signals and mechanical signal boxes to be seen. The rolling stock was in blue and grey livery with newer stock in the Intercity livery. Most of the locos were Class 40’s and 47’s, with a few class 25’s, 31’s and even a class 45!

The tour moved along to Colwyn Bay and onto Llandudno Junction, spending time on both Llandudno and Deganwy we looked at the station and old engine shed in Llandudno, seeing a large variety of DMU’s Class 101, 104, 107, with some second-generation 142’s and 150’s. We then went down the branch line to Blaenau Ffestiniog with pictures of Llanrwst,  Betws-y-Coed, and Roman Bridge before entering the tunnel to Blaenau. At Betws-y-Coed, there were some pictures of a small narrow-gauge train and a museum.

After a break for refreshments, we traveled down the Ffestiniog Railway with several pictures of their locos Mountaineer, Linda, and Meridian Emrys. From Porthmadog, we visited the Snowdon Mountain Railway at Llanberis, the Llanberis Lake Railway. Returning to Llandudno Junction we headed to Penmaenmawr. This is where Arthur use to stay so there were lots of shots of the station, signal box, and quarry, we traveled through Aber where the first water troughs were installed on a very level section of the railway. We crossed over the Britania Bridge and saw some shots of the Llanfairpwll the station with the longest name. The line to Hollyhead went through Ty Croes Valley and links to a terminus at Hollyhead. There was also a lot of freight on the line, including stone, ballast containers and tanks from Amlwch

This was a very informative talk with lots of interesting pictures and was enjoyed by all.