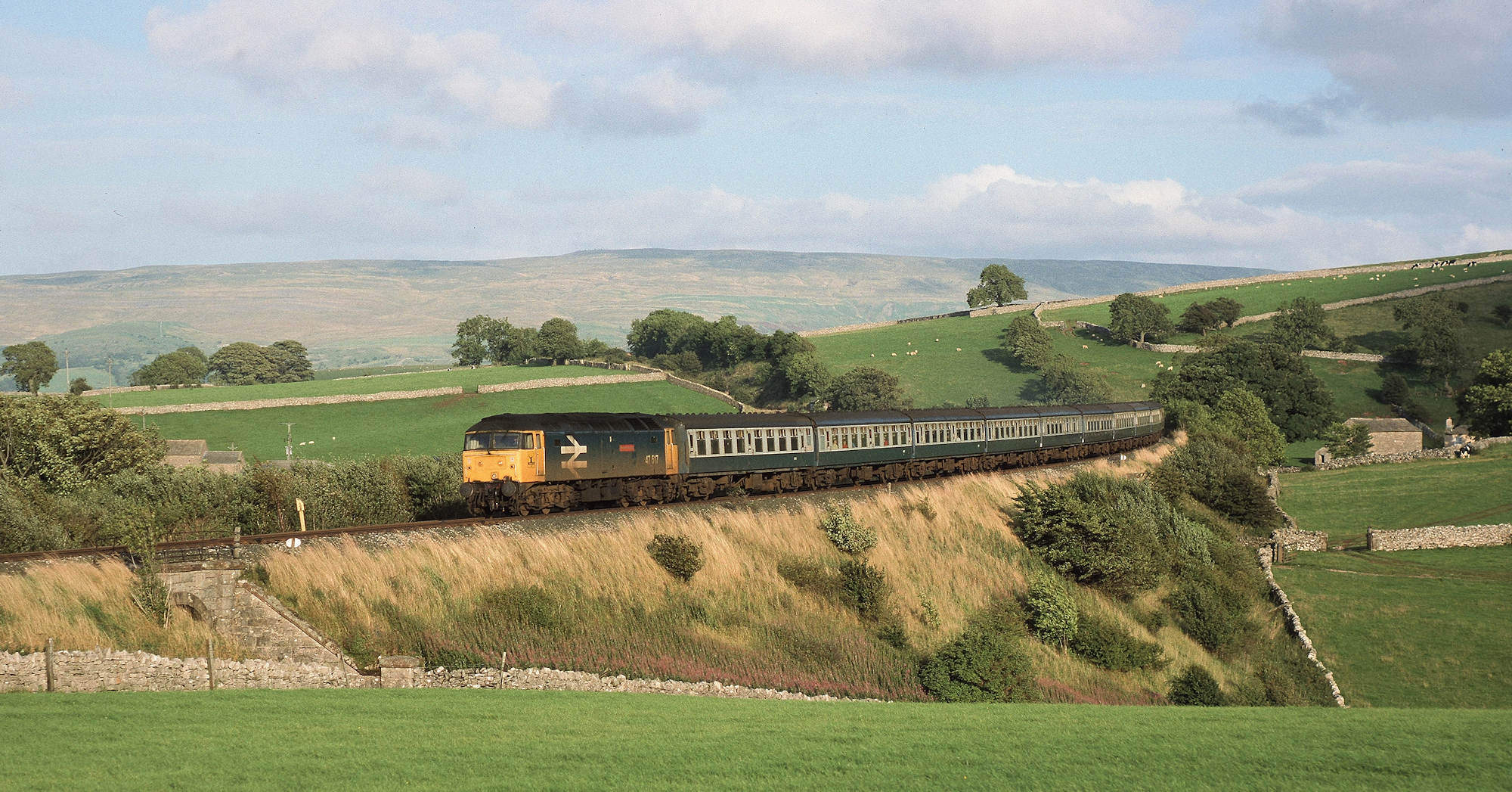 The meeting was opened by The Reverend Canon Brian Arman, Society President and Branch Chairman.   He introduced Stewart and went through the notices.

Stewart then spoke on the Settle and Carlisle in the 1980’s, explaining how he became able to photograph it.  The talk was divided into two parts: the first half dealing with the line, viaducts and stations.  The slides were mostly colour although some early ones were black and white covering the architectural style and material used to build bridges.  The slides portrayed the rugged wild scenery; we then broke for tea and on returning the second half portrayed some of the stock used by British Railways on the line. The loco’s included class 25, 31, 37, 40, 45, 47 and DMU. The talk illustrated how the lines fortunes had changed from the rundown of services early in the decade including the withdrawal of local services to the resurgence of services with many extra and the reintroduction of local services. The talk also illustrated how the work of the lines supporters helped to restore the lines fortunes.

A very enjoyable evening was had by all.