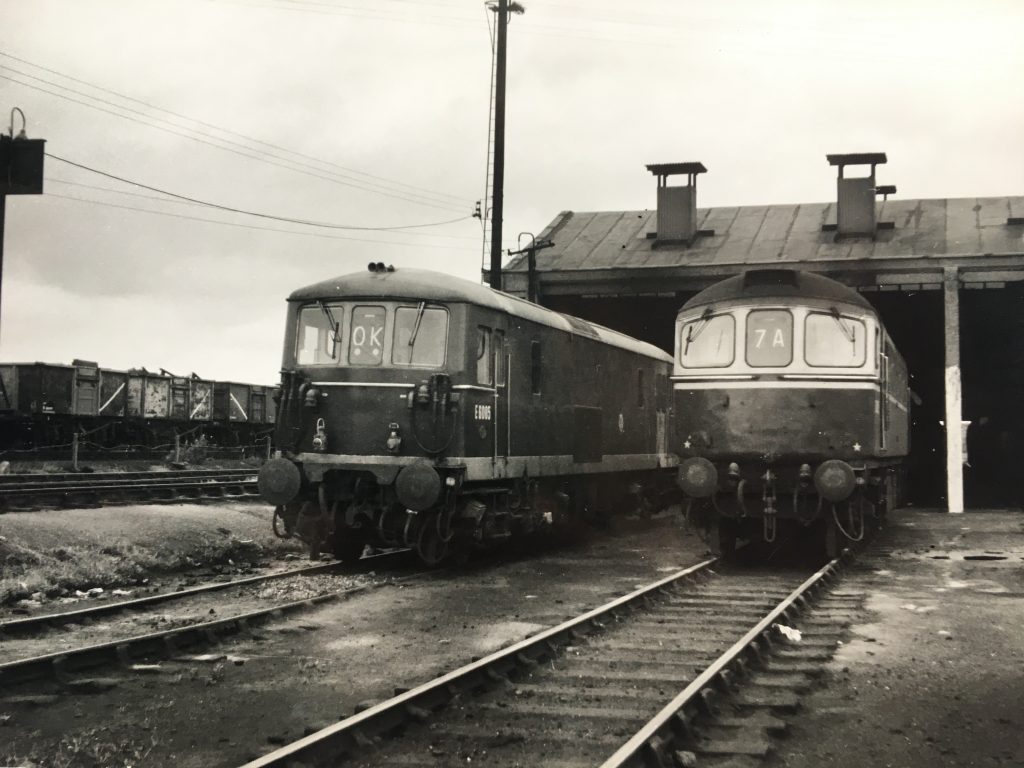 On October 12th we were delighted to welcome Robert Warburton back to the Branch, to hear his fascinating talk entitled ‘On Shed’. Robert’s talk was in three sections, beginning with a selection of his recently digitised black and white photographs from the early-to-mid 1960s, followed by colour slides from the 60s through to the 80s and concluding with a selection of slides from Colour Rail and other sources.

We began with a Class O1 at March depot in August 1962 and saw a J72 at Dumfries, a once very common but by then quite rare Great Central O4 at Colwick in 1964, Great Western Railcar No. 20 at Worcester, a Q6 at Tyne Dock, Southern Railway diesel shunter 15201 at Eastleigh, A1 60124 at Darlington and HS4000 at Shirebrook – to name but a few. Robert provided rich contextual, historical and operational information with each scene, as if he had been there only yesterday.

The main part of Robert’s talk comprised his colour slides from the late 1960s through to the 1980s. Here we were treated to a fascinating vista of diesel and electric traction from the Pilot Scheme diesels through to Sectorisation and the second generation DMU fleet, including: D8000 at Eastfield, Class 40s at Northwich, class 29s at Fort William, Clayton class 17s at Millerhill, Hymeks at Reading, D7 at Toton, D1200 Falcon at Ebbw Junction, 58014 at Barrow Hill, classes 89, 90 and 91 at Bounds Green and the original Pacer, 140001 at Toton. It was interesting to hear how Robert’s railway career from Wolverton in 1974, and then at Collectors’ Corner, along with his membership of the Stevenage Locomotive Society and the RCTS allowed him to travel extensively around the country.

The evening concluded with a delightful miscellany of views drawn from other sources including such gems as the original L1 at Stratford, 8Fs and 4Fs at Royston (Yorks), Silver Link at Top Shed and a GWR condensing tank engine at Old Oak Common, working over the Widened Lines to Smithfield.

We are hugely grateful to Robert for a wonderful evening that toured the length and breadth of the country, reminding us of our rich railway heritage over the past six decades.

The meeting closed at 9.55 pm with a vote of thanks and appreciation from the Branch.