Please be aware that it is always our intention to deal with our customers promptly, efficiently and fairly at all times. However, please remember that the RCTS is a society run by unpaid volunteers and occasional problems will arise.

We charge £3.00 Postage and Packing for UK orders.

Whilst we do try to despatch orders promptly, please allow 28 days before enquiring in case the particular item which you have ordered in temporarily out of stock. In the event of any item which you have ordered and paid for becoming unavailable we grant full credit, which can be used against further purchases or is refundable on request using the same means as payment. A purchase by credit cards avoids the need to grant credits, since no charge is made until goods are actually despatched.

We will do our best to inform you of any delays. If you have a problem with anything you receive from us then please contact us first before taking any other action. We will then advise the best course to take to get the matter resolved.

Despatch is normally within 14 days or sooner after the receipt of your order by post. We will advise you if we are unable to despatch promptly. Despatch of overseas orders (including Europe) will be by airmail. Postal and packing charges apply as stated on our order form.

We want you to be delighted every time you shop with us. Occasionally, though, we know you may want to return items, so below is our returns policy. It does not affect your statutory rights.

Under the UK’s Distance selling Regulations, you have the right to cancel the contract for the purchase of any item within seven working days of delivery. This applies to our publications.

Our “no quibbles” guarantee means that if for any reason you are unhappy with your purchase you can return it to us in its original condition, within seven days of receipt, and we will issue a refund for the price you paid for the item.

You can return items if they are defective within 7 days of receipt.

If you are returning an item because of an error on our part or because it is defective, we will be happy to refund the delivery charges incurred in sending this item to you and your costs in returning it to us. Otherwise you will be responsible for those charges.

To return an item

Our books are now despatched by Book Law Publications. To return an item you will need to request a returns number from them, please see https://www.booklaw.co.uk/contact-us.html

The Society welcomes the submission of new railway books for review. The review will be published in the Railway Observer.

Books for review can be sent to:

Before sending books please send a brief synopsis of the contents to Geoff Bannister · reviews@rcts.org.uk

The RCTS is committed to publishing books and if you are thinking of writing a book that would be of interest to the Society we would like to hear from you. We are happy to consider any subject provided it has a railway connection or theme in it.

We are particularly looking for those authors who can prepare or assist the RCTS in producing publications relevant to the modern era, especially those involving diesel and electric traction. This can be on any type of traction, the building of them or even a history of the earliest ones used in the UK. Whether you have a manuscript in draft or are just at the stage of considering a project we would like to hear from you. The RCTS has an extensive library facility that can provide assistance with research into such topics.

In addition we would particularly like to hear from persons who have experience of the book printing and publication trade to assist with the preparation of forthcoming titles.

If you feel you are able to assist or have a topic in mind then please contact the Publications team · publications@rcts.org.uk 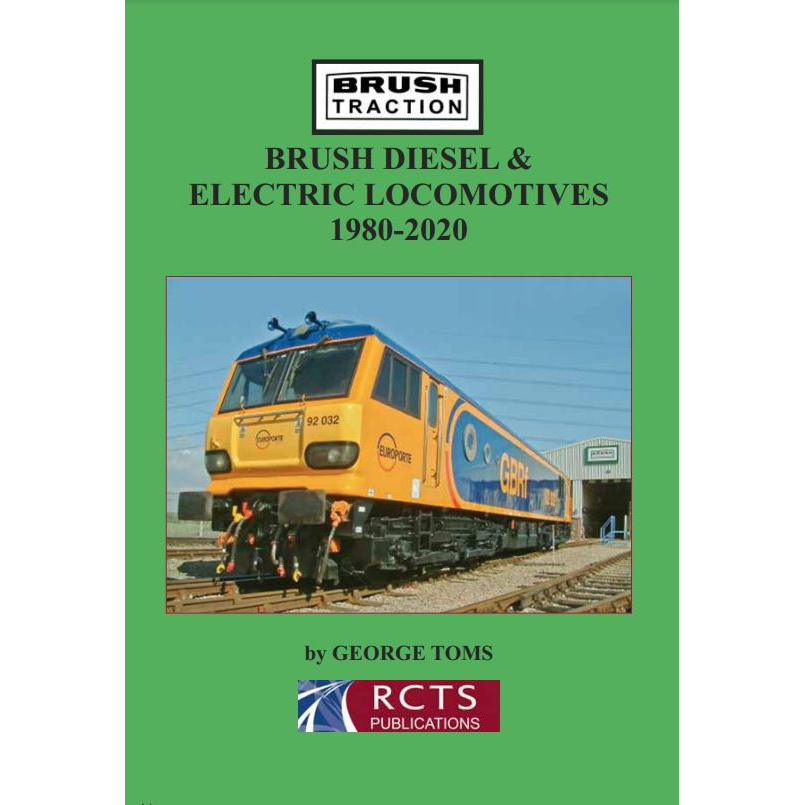 March 1935 saw the publication of the first RCTS booklet, the original Locomotive Stock Book. This was a momentous event , not only for the Society but also in the railway enthusiast world as hitherto no up-to-date complete list of all the locomotives running on the main line railways of Great Britain had been available. The booklet also included the locomotives of the Midland & Great Northern Joint Committee, London Passenger Transport Board and Cheshire Lines Committee. This pioneer publication not only raised the status and profile of the fledgling RCTS but also led to a growth in membership. It was issued free to members and was available at a sum of 1/- (5p) to non-members.

Following the instant success of the Stock Book, annual editions were produced up to the outbreak of World War Two in 1939.Each new edition introduced extra features, such as lists of named locomotives and the stock lists of the Irish railways , and minor companies. In addition illustrations were included of all classes of locomotives that had been rendered extinct during the year in question. The 1939 edition ran to 54 pages and cost 2/6d (12 1/2p).Wartime caused a break in the run of this publication but the 1946 edition caught up on the missing years. Following the end of the steam era on British Railways, the 1969 Stock Book was the last one produced in the original format.

Despite wartime restrictions on printing 1941 saw the issue of The Locomotives of the LNER ,1923-1937 by K. Risdon Prentice and Peter Proud, 136 pages , price 3/6d (17 1/2p).This book had first appeared as a series of articles published in The Railway Observer. This publication triggered an important extension of the RCTS’s activities.

In 1951 came the giant step of the publication of Part 1 of the renowned Locomotives of the GWR. For the first time the task was undertaken of writing a complete history of every locomotive owned by a major company. This authoritative project was rounded off in 1993 when Part 14 was published.

In 1954 the Society considered reprinting and expanding the book on LNER locomotives. By then the GWR series was already highly regarded and it was decided that the LNER stock should be dealt with in a similar fashion. Part 1 Preliminary Survey was published in 1963 and the last of 19 volumes Part 11 Supplementary Information was published in 1994 to fully cover the subject. Like the GWR series this was another team effort and lasting friendships were forged in the process of achieving the objective.

1960 saw the start of Donald Bradley’s history of Locomotives of the Southern Railway and its constituent companies.Again, these publications were a tour-de-force and like the GWR and LNER series left little else for future historians to say because of the comprehensive and detailed coverage of the subjects.

Between 1986 and 1992 the Society published a four part series covering Great Northern Locomotive History from 1847-1922 by Norman Groves and this was followed by a comprehensive survey of the BR Standard Classes in five volumes, released between 1994 and 2012. All of these are still available except Volume 4 – the 9F 2-10-0 Classes.

In 1999 the Society commenced the publication of the four parts of The Great Northern Railway in the East Midlands by Alfred Henshaw completed in 2003, which have all sold out.

With volumes on the Royal Scots and the Patriots in the pipeline it is safe to say that RCTS publishing remains well to the fore of the history of steam power in Great Britain.

It is not only locomotives that feature in the Society’s publishing programme as many other worthy subjects have been covered down the years beginning in 1966 with Tom Routhwaite’s The Railways of Weardale. Other recent titles have been The Railways of Keynsham and Plymouth’s Railways in the 1930s both by Russell Leitch and The Birkenhead Railway (LMS & GW Joint) by T.B.Maund.

The RCTS has a lengthy history of publishing books on railway subjects. These are predominantly based on locomotives but far from entirely. For the purpose of ease of reference the publications are presented here in the following groupings:

After an initial period of shorter works, the Society turned to large-scale projects to document the history of all steam locomotives that worked for the post-grouping and nationalised main line railways. In many cases these were authored by teams, the exception being the late Don Bradley‘s herculean effort on the locomotives of the Southern Railway and its constituents. The projects covering the Great Western Railway, Southern Railway and the LNER are long since complete. The projects covering the LMS, Standard Classes and WD Austerities continue.

Over many years a number of diverse publications come under this heading. In some cases they are the life work of an individual whom the Society has supported with advice and publishing knowledge to enable its fruition. The Society‘s published traffic surveys from around 1960 are included under this heading.

All of these publications are available for members to peruse or borrow through the Society‘s library service. The detail below includes the library reference.

* In many cases there is more than one edition or impression. For clarity these have been omitted but are indicated by an asterisk against the library reference.

----  Reprint of The Institution of Locomotive Engineers Proceedings

---- Locomotives of the Great Western Railway and its constituents

---- Locomotives of the London and North Eastern Railway

---- Locomotives of the Southern Railway and its constituents

---- Locomotives of the London, Midland and Scottish Railway and its constituents

---- Great Northern in the East Midlands