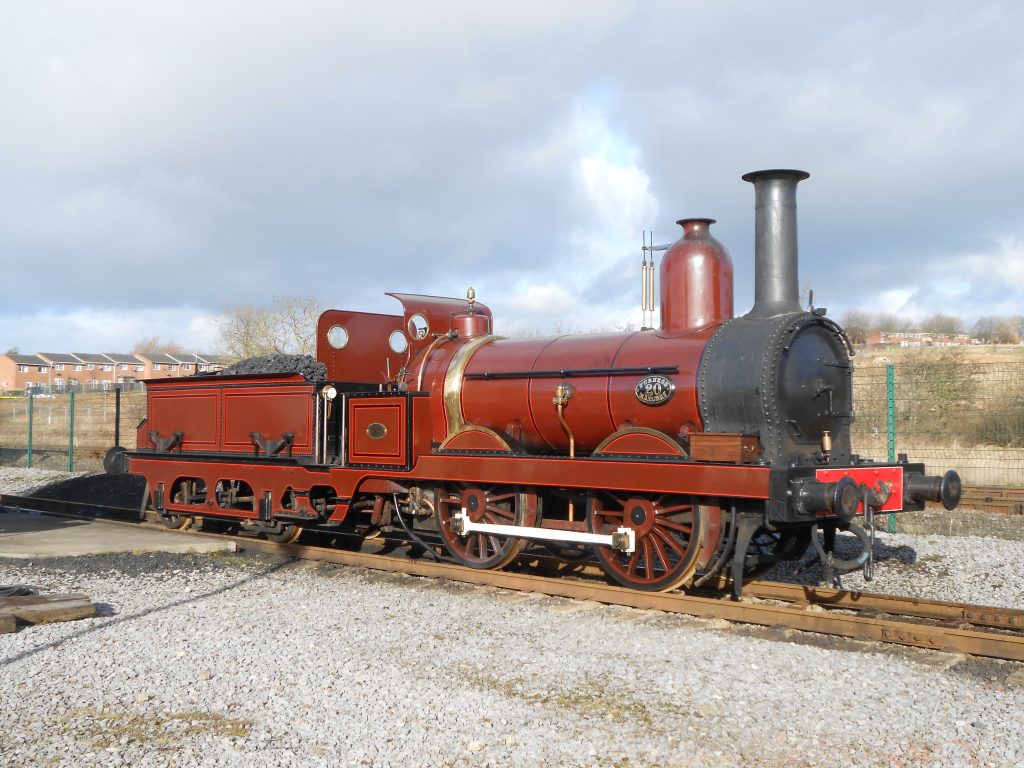 Drawing members from all parts of Cumbria and North Lancashire the Furness Lakes and Lune Branch has its home in Carnforth, but after holding our meetings for many years in the Royal Station Hotel opposite the railway station we move for the 2011-12 season to the County Hotel, just 100 yards away by the traffic lights on the A6. Our programme of monthly evening meetings commences on the first Friday in September, runs through to May and is usually supplemented by at least one outdoor event during the summer months. Attendances have varied much over the years, with an average of perhaps 35 – 40 ten years ago, but now in the region of 15-20, including visitors.

Being fairly remote from main centres of activity it is difficult, and expensive, to invite speakers who might have to travel long distances but nevertheless we enjoy an attractive and varied programme ranging from North West-based photographers and historical specialists to regional (and sometimes, national) railway managers ? with some fine contributions by branch members as well. In 2010 our summer outing was a walk guided by member, Neil Simpson, round the construction sites on the Settle & Carlisle Railway around Ribblehead.

In 2010 the branch went through a serious crisis following the tragic death of our popular Chairman/Secretary, Steven Machell, in a road accident. We have picked ourselves up, are trying to involve more members in the management of the branch, and are looking ahead positively with a big push to attract new members.

The oldest records of the branch date from January 1960 when we were formed as the Furness & Westmorland sub-Branch of the Lancashire & North West Branch with Arthur Herbert (RCTS member No 12, and station master at Bare Lane) as Chairman, Ron Ward as Secretary and Noel Machell as Fixtures Secretary. Noel is still a regular attendee though his main allegiance is to the North West branch based at Preston. From some years from 1962 the branch held meetings in both Kendal as well as Carnforth, the venue at the latter moving from the BR Staff Association clubroom to the Carnforth Hotel about this time.

The file for 1960 contains a payment receipt for coach hire on 13th March from the recently defunct Stainton?s of Kendal, for ?17 5s 0d for a tour which visited engine sheds at Wigan, Sutton Oak, Widnes, Speke Junction, Brunswick, Edge Hill, Birkenhead, Bidston, Chester (2 sheds) and Mold Junction. Over further 20 excursions were made between February and November to visit well over 100 sheds, as far apart as St Margarets, Hamilton, Bescot, Mansfield and York. Works visits were also made to Doncaster and Darlington, plus ten indoor meetings during that year. A highlight, on 4th May, was a rail tour of Preston Docks when the party was conveyed in three brake-vans by 0-6-0ST Perseverance. It had been hoped that an ex-LNWR Super D 0-8-0 would take them up the steep grade to Preston station but regretfully only a Class 08 shunter was on offer. Strong support for many events came from local railwaymen from Area Manager Alan Earl downwards. Full branch status was achieved about 1987 as a result of the initiative of our then Chairman Barry Metcalf who was unfortunately to die unreasonably early at the age of 48 when out photographing a steam special near Ribblehead.

The Branch has enjoyed a number of regular speakers over the years including the late David Tee, branch member from the Carlisle area. He is first recorded in November 1962 when 21 members at Kendal were entertained by his talk about ?The LMS Class 5 4-6-0s? and last noted in October 1994 with part 9 of his ?Recollections of an LMS Enthusiast? ? an annual epic bringing to life railway scenes of the past solely from a verbal interpretation of his comprehensive notebooks. Another annual speaker for many years was David Fletcher, at one time a local BR manager, who brought a series of fascinating insights into various aspects of the changing railway scene of the 1980s and 90s from his experiences as he moved up through the management tree. His talk on 3rd February 1989 attracted a record attendance of 57. Member David Rodgers also regularly presented selections from his superb photographic coverage of steam in both the UK and overseas.

While it is impossible now to repeat the almost frenzied rate of activity of 50 years ago ? when, for one thing, perhaps the average age of members was much younger than today, let alone the opportunities no longer existing – we look forward to an active and interesting programme to inform and entertain our members about the past, present and future railway scene, locally, nationally and beyond.

Life on the west coast railway in the 1960s

On the 5th January 2022 the branch welcomed Len Clark to give a presentation on “Life on the West coast railway in the 1960s”. Len gave us a brief outline…

Presenter: David Bousfield Our speaker had set himself a tough task as he was attempting to illustrate railway sounds with matching images. David introduced his session by outlining the different…