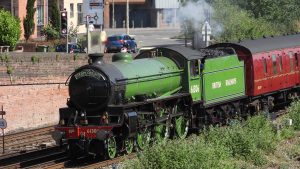 Welcome to the Solent Branch page. 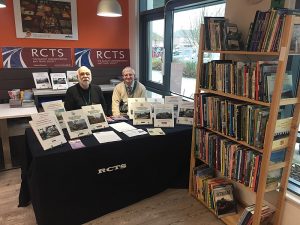 Edward C Vaughan, long term Secretary of the Solent Branch passed away in the early hours of 15 October 2019 after a short battle with cancer. Ted, as he was known to everyone, was a stalwart of the Branch and will be sorely missed by members of the Branch. As Chair of the Branch for some 30 years I have been able to rely on Ted providing a first class service in all things relating to the Society.

Ted, born in Sydenham in 1943 took to trains from early in his life. His sister remembers accompanying him on visits to local stations such as Welling and his home station Sydenham and then helping with marking off numbers in his Ian Allan books.

Following a career in finance Ted migrated north before returning south and finished his working career in Southampton.

Apart from the RCTS Ted was a volunteer at the National Trust property at Mottisfont Abbey and supported the Hythe Tramway.

Teds contribution to all these bodies will be sadly missed.

Ted was cremated at the Test Vally Crematorium on 31 October. The Society was well represented and at his own request Ted was cremated in a white casket bearing pictures of 4472 Flying Scotsman together with suitable soundtracks of steam train departing and the Slow Train by Flanders & Swan.

Quote from our branch Chairman 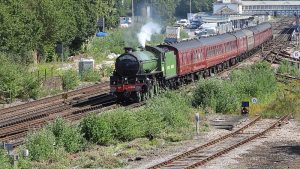 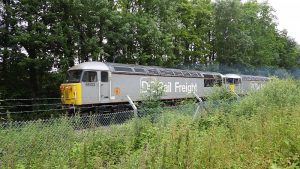 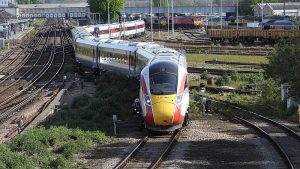 Our December meeting consisted on members’ slides and digital images with contributions from 9 members. Eric Nicholass commenced the evening’s proceedings with a selection of slides of London Underground stock,…

We were pleased to welcome Stewart Smith to our meeting on 17 November giving a presentation on The Illustrated Goods Life – Part 1. Upon leaving school Stewart settled on…

Presenter: David Peel Our meeting on 20 October saw David Peel take us to India for a tour of its hill railways, though mountain railways would be a more accurate…

John Godfrey The Solent Branch held its first meeting since February 2020 on 15th September 2021. Prior to the main presentation an interim annual general meeting was held. The committee…

Presenter: Mike Pym Unfortunately the speaker booked for the February meeting was unable to give the planned presentation, but an alternative speaker and subject was found in time for the…

Presenter: Martin Petch With 31 December 2019 marking the 70th anniversary of the closure of Southampton’s tram system it was fitting to mark the occasion with a presentation on the…

Presenter: Dave Doulton The December meeting of the Solent Branch was the traditional evening of short DVDs which this year followed a continental theme. The first country visited was Switzerland…

Presenter: Tony Storey Our November meeting was an exercise in nostalgia as Tony Storey gave a comprehensive illustration of steam galas held at the Mid-Hants Railway between March 1989 and…

Presenter: Mervyn Dunwoody The October meeting began with the sad announcement by the Branch Chairman of the very recent death of the Branch Secretary, Ted Vaughan, at the comparatively young…

Presenter: Mark Youngman Our intended speaker from South Western Railway, Phil Dominey, was on other Company business and Mark Youngman gave a presentation instead. With an interesting job title of…

This was a good visit in that the weather stayed dry until we were leaving, although it was a bit windy. There was a lot to see as shown in…

The evening was not one to encourage many members to observe trains at Eastleigh. Dismal weather and a strike by some SWT staff meant reduced activity. One northbound Freightliner appeared…

Presenter: John Godfrey To close the season Chairman John Godfrey spoke on the Czech Republic. The Czech Railways came into being in 1993 and John made his first visit four…

Presenter: Martyn Davies April brought Martyn Davies with a selection of transport slides. Whilst railways dominated the evening we also found aircraft, shipping and buses on the screen. Possibly a…

Presenter: Mike Ellis Mike Ellis gave an evening of nostalgia at our meeting on 20th March. Extracts of Mike’s video films are included on commercial videos and some of these…