The Society was founded in Cheltenham in 1928 at a time when there was little official information published about locomotive stock, their allocations or regular duties. The Society set about rectifying this by members writing to each other, the publishing of a magazine and some meetings organised around the country. The growth of the Society was such that it ran the first enthusiasts railtour in the 1930s but the war years effective stifled both the flow of information and the growth of the Society.

Ian Allan inspired a generation of post war youngsters to take up train spotting and many of those that stuck with it through maturity joined a railway society to gain first hand information on what was going on and to visit sheds in organised groups. The RCTS prospered running frequent shed visits, publishing its magazine The Railway Observer each month, running railtours and substantially expanding its branch network. Membership reached a peak however long after the end of BR steam.

Move on to the present day and the Society is still going strong with 3000 members- see below for what we can offer you.

Our monthly magazine, The Railway Observer, usually contains about 80 pages (it is also available in digital format) of news, articles and high quality photographs. The news covers details of train workings, infrastructure changes and general industry information as well as full details of stock and livery changes. The heritage scene and world railways also have their own sections.

There is a photographic portfolio group who circulate pictures amongst their members and critique them to improve the quality of images.

Our branches hold meetings at least monthly in the season at over thirty centres and in the course of a year host over 200 presentations on a vast range of railway subjects covering the modern scene as well as history and nostalgia subjects.

Branches also organise outdoor visits to both railway centres and locations not normally open to the public, such as maintenance facilities and signalling centres, and there is also the annual members weekend which includes a number of outdoor visits and also talks, the venue for which is moved around the UK.

The Society has an extensive library located at Leatherhead railway station providing excellent research facilities as well as postal loans of books and working timetables. The facility to buy back copies of The Railway Observer and other information in digital format is being developed.

If your interest is in railway photographs then there are many thousand available to purchases on line as prints or downloads from the society archive which continues to expand.

The RCTS has been noted for many years for the quality and detail of its publications and members are entitled to discounts on many of these titles. In addition we have negotiated discounts for books purchased from third parties, travel on some heritage railways and reduced prices for a range of photographic services amongst other things.

Finally there is the website which has much information on specialist topics such as liveries and ‘diesel dilemmas’.

The Society has a national network of 28 branches.  Each branch has its own committee and operates its own programme of events.  Members are assigned to a home branch but are welcome to take part in other branches' activities.

Some branches have more than one regular meeting venue.  Click any of the dots on the map to visit the branch page which contains details of contacts, venues, and events.

The map is interactive. You can pan and zoom to see more.  Press the green Reset button to start again. 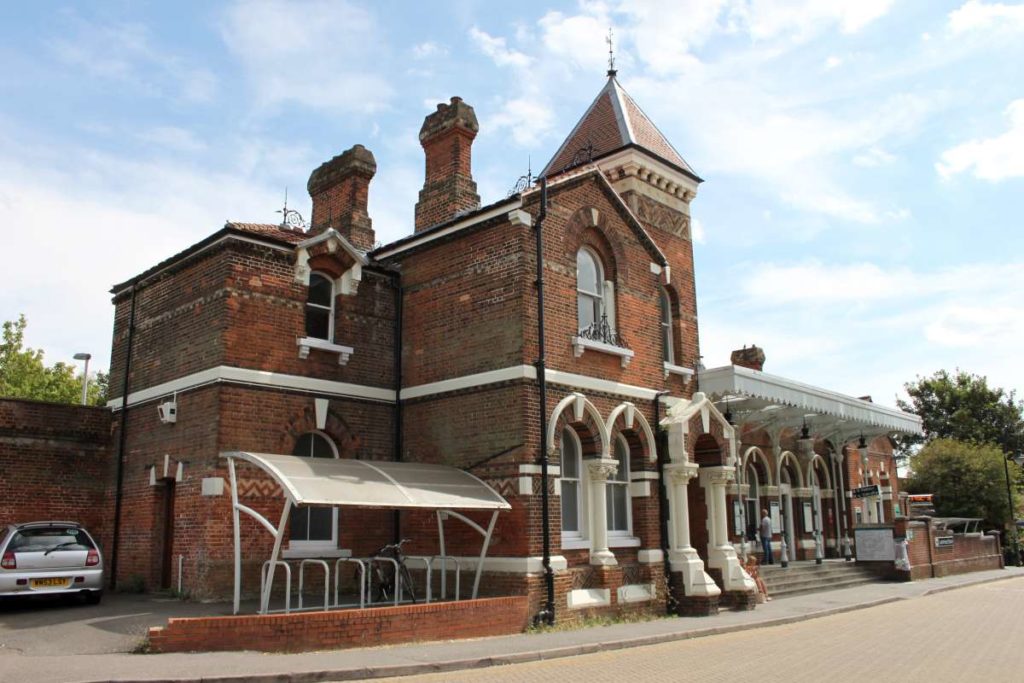 The material housed at Leatherhead has been acquired over many years, much of it by donations from members of the Society.

From its formation in 1928 the society has published a monthly magazine – ‘The Railway Observer’ (for the first few months its title was ‘Railway News’). A complete set of bound volumes is housed at the library and for most years there are several copies.

In 1935 the Society published its first book – ‘The locomotive stock of the main line companies of Great Britain as at 31st December 1934’. Since then the society has continued to produce books on railway subjects, many of which have been detailed histories of locomotives of British railway companies. Copies of all titles are kept at the library.

For many years the society organised rail tours, sometimes in partnership with other societies, and there is a very full collection of the itineraries which were produced for these. A listing of these is available and the contents of this collection are in the process of being digitised.

Administrative records of the society are also held at the library.

There is a stock of upwards of 7000 volumes covering all aspects of railways, including a significant number concerned with railways overseas, some of which are in French, German or Spanish. Included in the collection are reference books, annuals, yearbooks, and largely complete collections of the series published by Oakwood Press and Middleton Press. Copies are held of the books of detailed track plans published by Quail and others, many of which cover ex Great Western and Southern Railway lines. Copies of the reports of traffic surveys carried out by various groups, including the RCTS, are held – these date mostly from the 1950s and 1960s and were usually carried out on Saturdays in summer when many extra passenger trains were run to cater for holidaymakers.

Over the years the Society Librarians have had to be selective in adding to the stock, although a significant proportion of what has been published in this country since early in the 20th century is included. Books consisting largely of illustrations have not usually been collected.

The library holds over 3000 bound volumes of periodicals on railway subjects and continues to receive about 60 titles regularly. These are being reviewed and this level of acquisition may not be maintained in the future, due to the finite space available and the alternative means now often available through on–line and digital means.

The collection includes magazines and journals published by preservation societies and specialist groups, as well as more general titles. There is a complete set of Locomotive Magazine, Railway Magazine, Trains illustrated/Modern Railways and a considerable holding of Railway Gazette. There are volumes of magazines concerning overseas railways including those of affiliated societies in Ireland, Australia and New Zealand. Other material originates from South Africa, Canada and USA.

We have a collection of reports of accidents in Great Britain published in earlier years by the Railway Department of the Board of Trade and later by the Health and Safety Executive. The reports mainly concern events in the twentieth century but there are some earlier ones and listings are available. There are also copies of some accident reports from USA.

In addition to published books and magazines, the society has acquired a collection of manuscripts, internal documentation and reports, mainly by donation from members. It includes notebooks of observations by various individuals from the 1930s onwards, British Railways locomotive and rolling stock records at various dates from about 1970, track plans and drawings. This is a very mixed collection and a detailed catalogue of this material is in preparation. Meanwhile all the material is accessible for browsing on the shelves.

Within this category are two particularly notable sets of documents

Leave the station by the Platform 1 exit via the booking hall, and the RCTS Archive and Library is on your right.

The post code for use in your Satnav is KT22 7SW, which will direct you to the correct side of the station. The A245, from the A3 at Cobham or from Junction 9 of the M25, passes the station.

There are station car parks on both sides of the station as well as town centre car parks (about 200m away, under the railway bridge).

The station carpark has lower charges on Saturdays and Sundays while the town car parks charge £1 per hour (free on Sunday and Bank Holidays). It depends on the day of your visit and length of stay as to which will be cheaper.

The Stationmaster’s House is a Grade II listed building and , as such, cannot be made fully accessible. https://historicengland.org.uk/listing/the-list/li…

Wheelchairs can access the ground floor via the side entrance. There is a narrow door between the two ground floor rooms which is usable by narrow wheelchairs or those using Tri-walker walking aids. Steep stairs restrict disabled access to the first floor.

Disabled visitors wishing to view items from the first floor should ask our volunteers to bring them down to the ground floor. 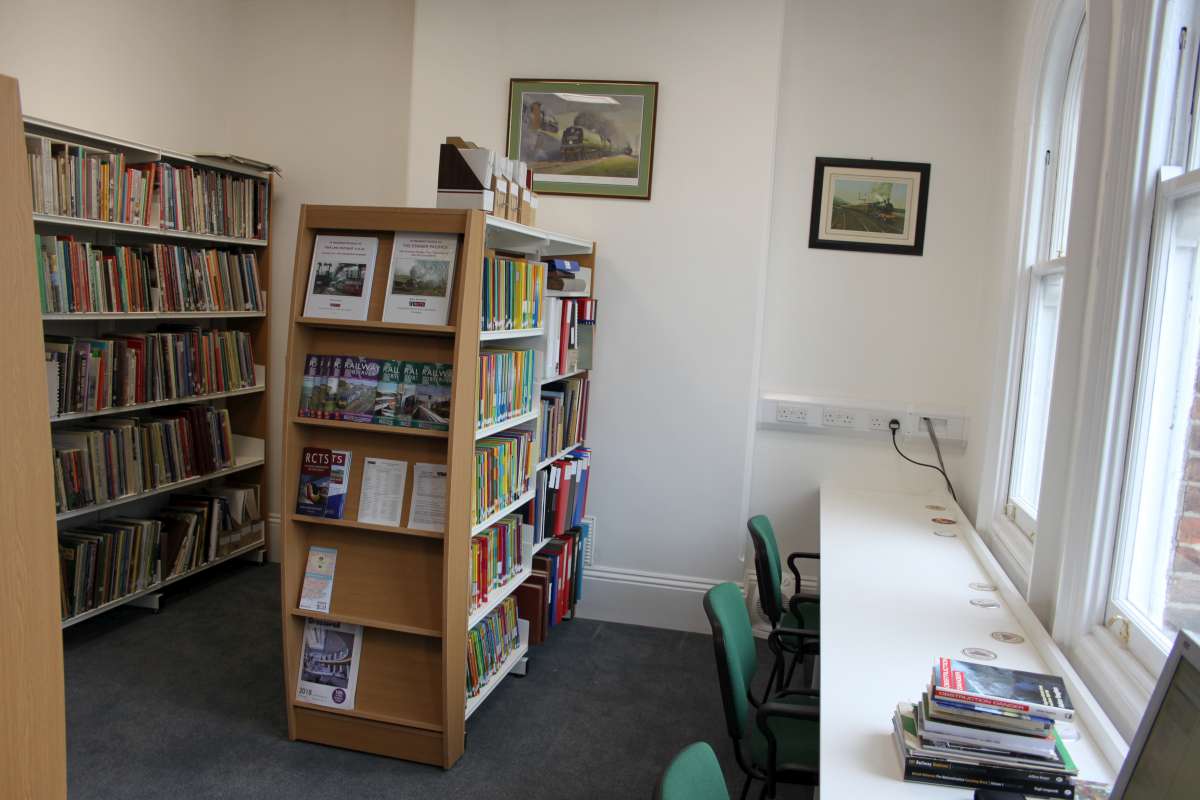 Books and bound magazines may be borrowed by RCTS members in accordance with the rules and procedures laid down by the archivist / librarian. 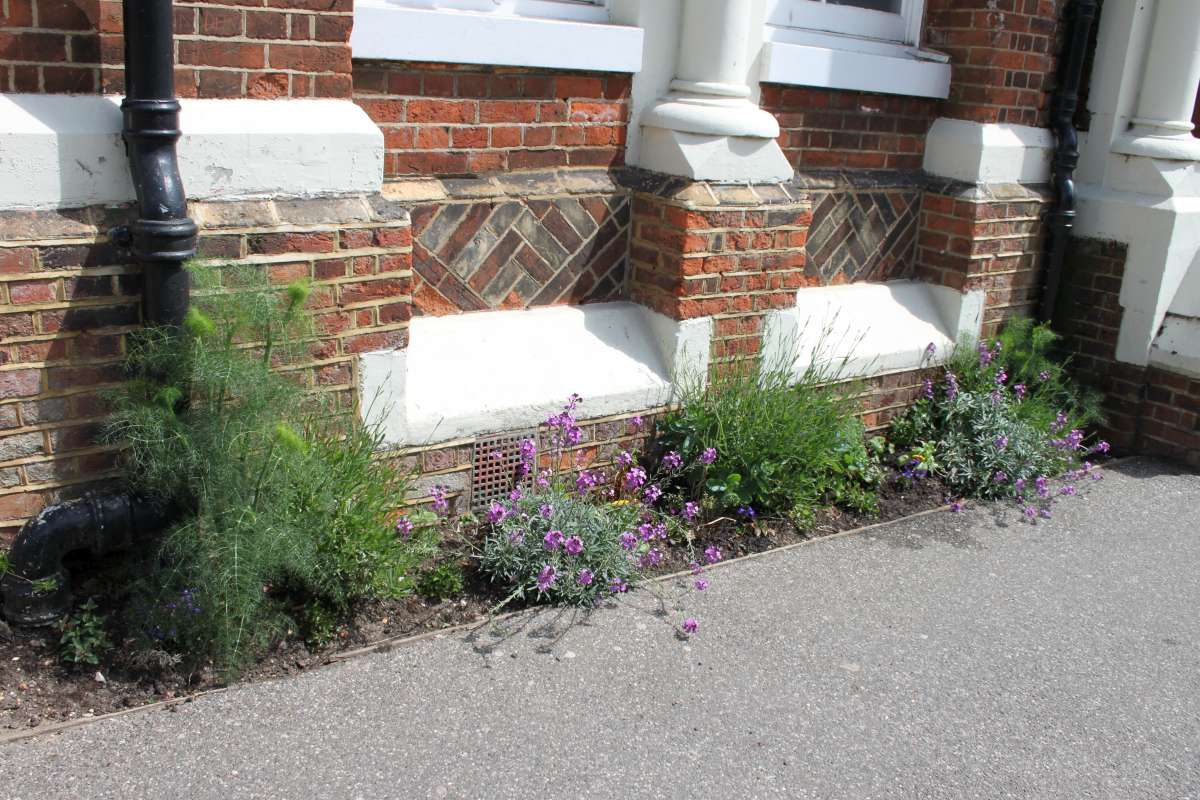 LIBRARY CORRESPONDENCE must only be sent to the Chief Archivist:

Letters or parcels MUST NOT be sent to Leatherhead as there is no facility to collect post sent there. 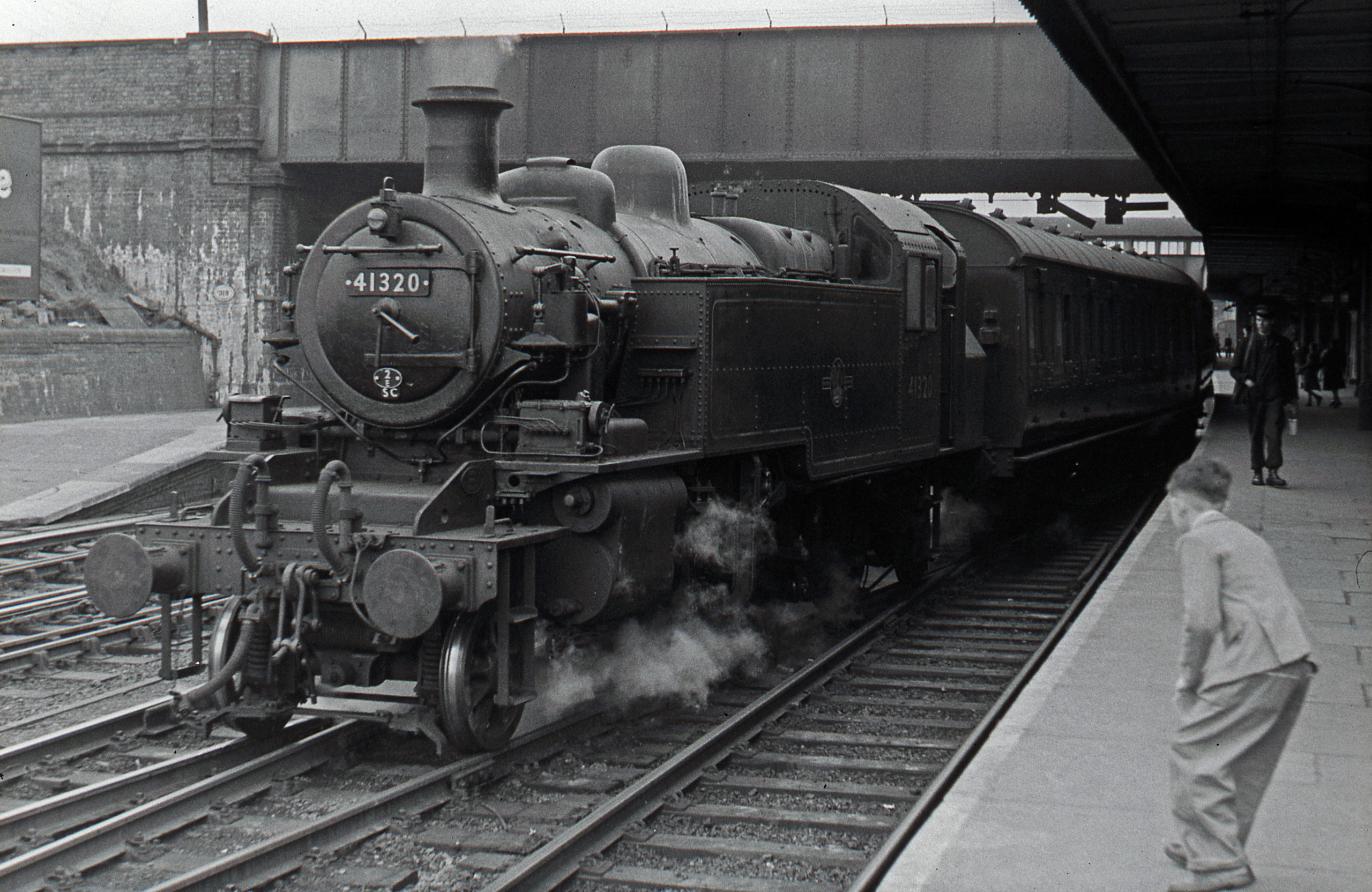 The Society holds a large quantity of negatives, slides, prints, and digital images, captured since the 1930s. Many members are or were keen photographers and have donated or bequeathed their collections for others to enjoy.

Making collections accessible is a challenging task.  Digitising images from negatives and slides is a slow process, and the images should be indexed and captioned. Often we can rely on the notes provided by the photographer, but the quality varies.

Volunteers to help with the work are very welcome.

From the various collections, over 50,000 images have been made available to purchase as prints or as digital downloads.

Follow the link to browse and search the Photographic Archive.  Purchases are managed by our service provider, Zenfolio. 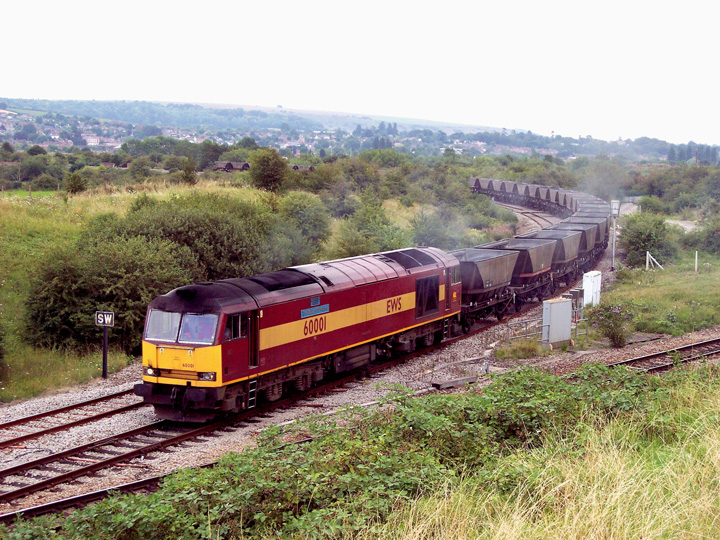 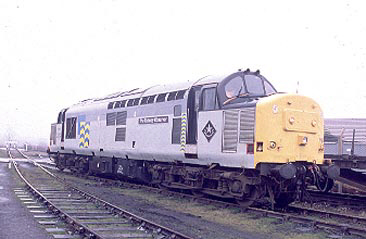 Several locomotives have carried the name "The Railway Observer" over the years, in celebration of the Society's flagship magazine.

The locos in question have been:

Additionally, the Society has had a long association with Southern Railway's Schools Class 4-4-0 No.925 "Cheltenham" - the location of the first branch - now in preservation.

Visit the Features page for the full story.

The society became a Charitable Incorporated Organisation on 2nd November 2016.

The objects of the CIO are to advance the education of the public in the subject of historic and current railway operation, including by

For the purposes of this objects clause “railway” includes:

There is a more detailed section on Governance in the Members' Area where minutes of the AGMs, trustee meetings, and officers' conferences are published. A valid login is required to access the Members' Area.

The public register is available to view at the Charity Commission.